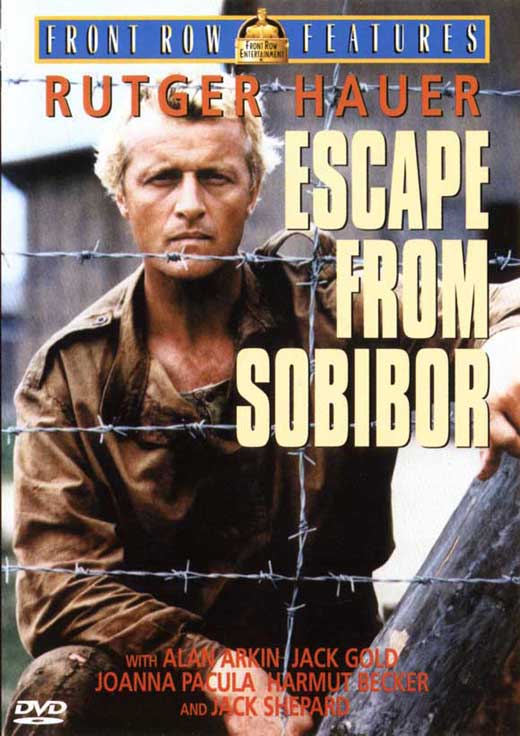 Escape from Sobibor is a 1987 British made for TV film which aired on CBS. It deals with the extermination camp at Sobibor, the site of the most successful uprising by Jewish prisoners of German extermination camps.  Following the Wannsee Conference on January 20, 1942, the Nazi regime created six “Death Camps”(extermination centers)in Eastern Poland. Three of these were set up under “Operation Reinhard,” named for Reinhard Heydrich, who had chaired the Wannsee Conference, where the “Final Solution” was decreed. One of the “Reinhard” camps was Sobibor (the other Reinhard camps were Belzec and Treblinka; Auschwitz-Birkenau, Chelmno, and Majdanek were also extermination centers). Other concentration camps were mainly labor or punishment camps, but the extermination centers had only one purpose – to kill as many Jews as possible as quickly as possible. A small group of prisoners were kept back from the gas chambers to work the camp under control of the Nazi guards. This is the story of what life was like for those people who had to watch their countrymen and families die. Pushed to the limit of human endurance, they finally found a way to fight back. The spirit of humanity at its most desperate and most magnificent.