‘I could have faced a bullet for kissing Mengele’s boots’: Survivors remember the horror of Auschwitz 70 years after its liberation

Survivors who escaped the gas chambers at Auschwitz have remembered the horror of the infamous Nazi death camp 70 years after liberation by Red Army soldiers.

Sam Pivnik has revealed the moment he threw himself at the feet of the Angel of Death, Dr Josef Mengele, and kissed his boots to avoid being exterminated when he couldn’t move from his hospital bunk.

He was just 14-year-old when he was rounded up from the Jewish ghetto in Bedzin, western Poland, with his family and left alone to survive for five-and-a-half months when they were sent to their deaths.

‘Mengele was wearing his white coat and making his rounds, I was shaking with terror,’ he said.

‘We all knew anyone not able to stand by their beds was for the gas. He came to me and his finger pointed to the left, the gas chamber.

Scroll down for video 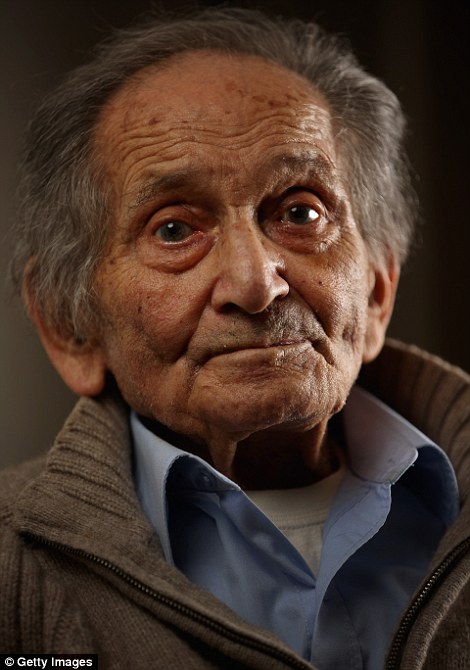 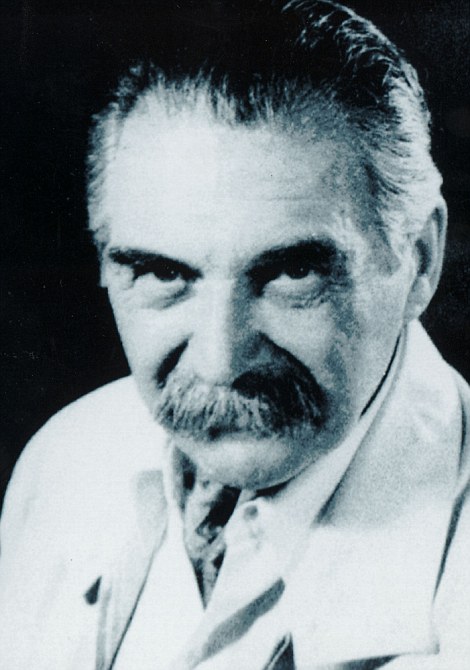 Sam Pivnik (left) has revealed the moment he threw himself at the feet of the Angel of Death, Dr Josef Mengele (right), and kissed his boots to avoid being exterminated when he couldn’t move from his hospital bunk More than 1.1million people were killed at infamous Nazi death camp Auschwitz before liberation by the Red Army in 1945, pictured is the Death Gate at Auschwitz II Birkenau

‘I burst into tears and threw myself at his feet. I think I even kissed his boots. Mengele hated to be touched by Jews and I could have faced a bullet for that. To this day I don’t know why, but he moved away. Later I was told I could stay.’

He was liberated, barely alive, in May 1945 after surviving a 14-day death march and escaping from a transport ship that sank.

Auschwitz was the site of one of the largest mass murders in history as around 1.1million were killed at the Nazi German camp – including Jews, gypsies, Poles and the disabled.

The prisoners had to stand naked in front of SS soldiers who – often on a whim – decided who was to die in the gas chambers and who would be spared to live for another day. 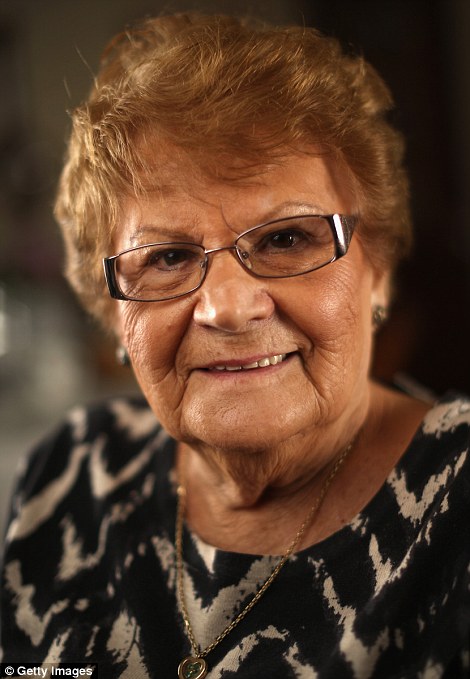 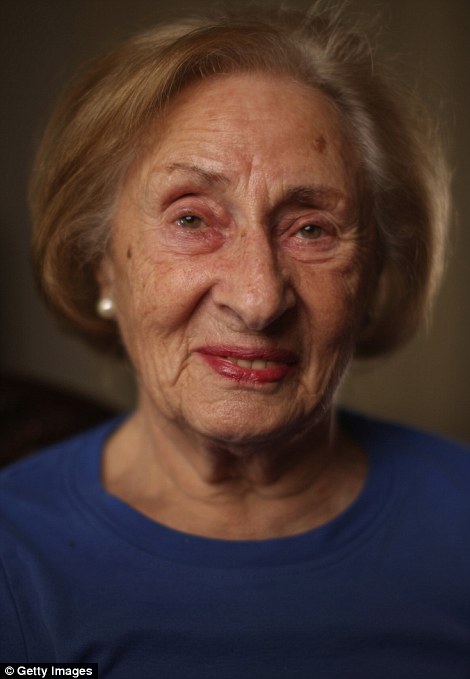 An electrified barbed wire fence surrounds the Auschwitz I extermination camp in Oswiecim, Poland, which is now a museum A photograph from the collection of Auschwitz concentration camp survivor Alexander Riseman taken on a train, two days before the end of the Second World War

Located in southern Poland, Auschwitz initially served as a detention center for political prisoners, but it evolved into a network of camps where Jewish people and other perceived enemies of the Nazi state were exterminated, often in gas chambers, or used as slave labor.

Some prisoners were also subjected to barbaric medical experiments led by Mengele, inclduing one when he attempted to created Siamese twins by attaching two sisters’ blood vessels and organs together.

Holocaust survivor Edith Baneth remembered the moment she arrived at the death camp after a three day journey in a packed train carriage with just one bucket for human waste.

‘We still didn’t know what Auschwitz meant. Suddenly these doors opened and the screams, “Raus, raus” and the dogs barking, just absolute madhouse. That was their policy, to frighten you, to make you so shocked you can’t think straight, like animals which are herded.

‘You just go and do whatever you are told to do. They put us on trucks, it’s so [vivid] I never forget this moment.

‘Then I knew where I am. A big, big – a lot of, lot of bodies, absolute big pile like a mountain, a pile of bodies all dead like just bone and skin but on top of that pile was a woman, just naked, thin like a bone, like those dead people but she was alive and stroking with her hands one of those heads of the bodies.’ 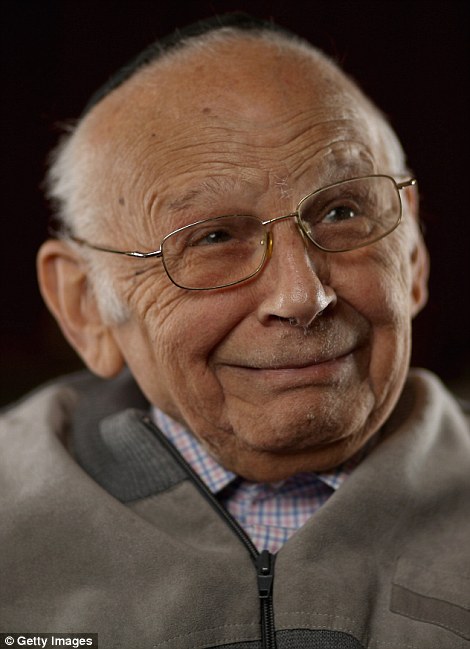 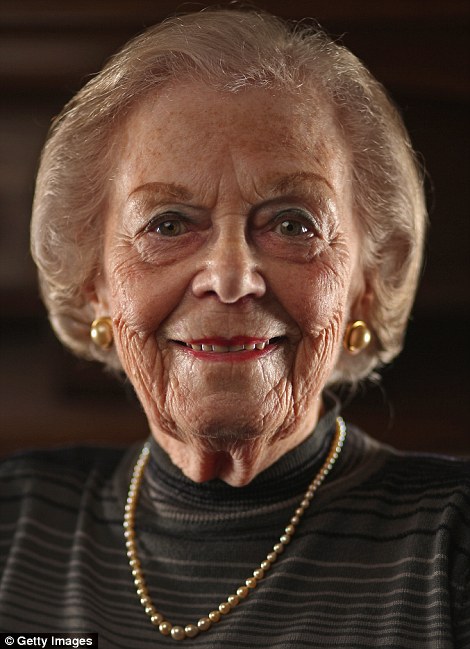 All prisoners at the camps were tattooed with specific numbers and made to wear striped pyjamas, pictured is Eva Behar’s tattoo Susan (Zuzka) Kluger, 80, was taken to the concentration camp in 1944 with her mother, Helen, and her 13-year-old sister, Lilian.

She was chosen for hard labour, but her sister and mother died in the gas chambers.

‘When you’ve been to hell and survived, nothing matters other than being happy. I loved my children. I gave them 100 per cent love – everything my mother gave to me, because that is all you have,’ said Ms Kluger.

Seventy years ago this weekend, Nazi camp commanders facing the Soviet army’s rapid advance abandoned their plans to destroy Auschwitz, leaving dozens of barracks standing, and the twisted concrete-and-steel remains of gas chambers that were only half-destroyed by dynamite.

They drove 60,000 prisoners on a death march that lasted weeks; almost a quarter died.

Soldiers from the Soviet First Ukrainian Front fought their way to the gates of Auschwitz/ Birkenau on 27 January 1945 and found less than 6,000 prisoners still alive in the camp.

Nearby, at the Monowitz slave labour camp they discovered 600 more, and at Auschwitz main camp a further 1,000.

Survivor Susan Pollack revealed that when she was liberated, she was hospitalised for tuberculosis, typhoid and severe malnutrition.

‘On liberation, I was virtually a corpse, unable to walk, and would soon have died,’ she said.

Around 300 people who endured the nightmare of Auschwitz will gather this month at the site, now a museum, to remember the dead and their own liberation. 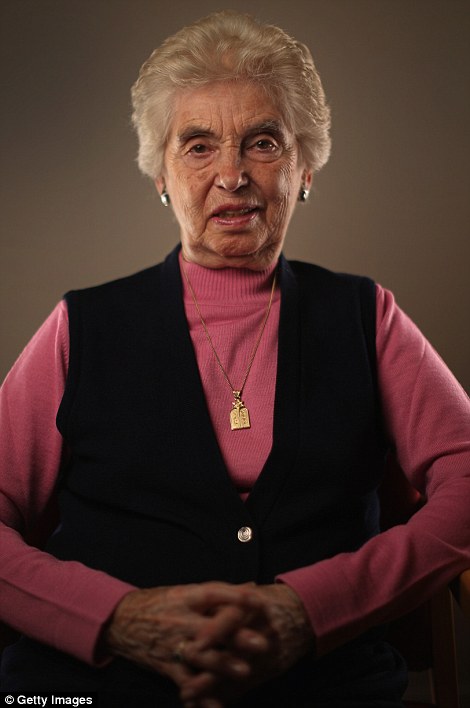 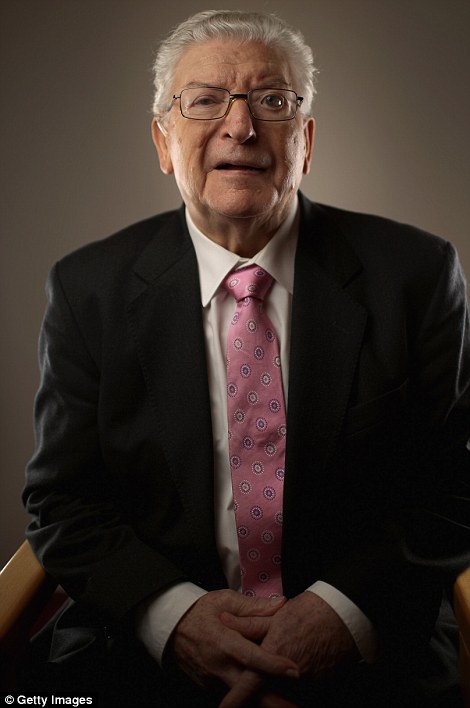 Concentration camp survivor Rene Salt (left), 85, who was imprisoned at the age of 14 and Josef Peri (right) who has spent 20 years educating people about the Holocaust An estimated 1.1 million people, mostly Jews from across Europe, were killed in gas chambers or from systematic starvation, forced labour, disease and medical experiments